With all dating sites, there will be people or profiles that will want to scam the intended users of the site. This may be a surprised but majority of the scammers on sugar dating sites take the form of sugar daddies, not sugar babies. Many sugar dating sites are trying to combat them, but it is very hard to do this. In respect to MySugardaddy.com, the support team personally views all public information on the site. You may think reviewing private information, like chats, may be a better way to stop the scammer, but privacy is still something that needs to respected. Making exposing fake sugar daddies a difficult task.

This being said, one should educate themselves on how to identify fake profiles and the common scams they employ. There are some tell-tale signs from the profile and the chat that should be taken into consideration when responding to potential sugar daddies. 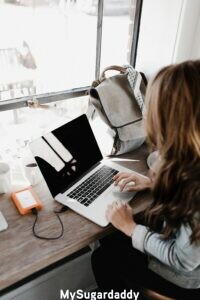 There can be some signs of potential fake sugar daddies from the profile itself, but this are not guaranteed ways to prove that they are fake. Many sugar daddies want to their identity confidential for many factors, they could be in political office or have a job where sugar dating could hinder their reputation. So just keep this mind when viewing profiles.

Opposed to popular belief, many scammers do have pictures on their profile. Having pictures gives a connection, which what the scammers want to abused. The photos that should raise red flags are the ones that are zoomed in on a weird part of the body. Support teams try to negate these photos that are uploaded but some can slip through the cracks.

The next red flag to look for is in the flirt text. Many times the flirt text will have misspellings or are worded in a way that indicates that they are not from the country they are from. Generally, scammers use VPN’s to make them appear be from the country that they are trying to scam. Now, I cannot stress this enough, these are red flags. Not tell-tale signs of a scammers. In regards to the Untied States, we are country that has a proud culture of being a melting pot of cultures and immigrants. So, keep this in mind when reading flirt texts.

If the profile has all the red flags stated above but have a VIP membership, they are most likely not a scammer. Scammers are essentially scheming businessmen. They will want to put in minimal effort and cost into their costs to get the most profit from their scams. That being said, do not think just because they have a VIP account that you are in the clear. Scams can change by the day, so still be a little weary here.

These are may seem like a lot, but being properly informed about what red flags you should keep an eye on is smart. I know I said this a lot but these are just potential signs to keep in mind when communicating with a potential sugar daddy. Obviously, some real sugar daddies may have these flags but that is not always the case. 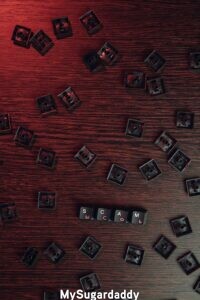 How to identify the scams

The scams that fake sugar daddies employ vary. We can break down the scams into 5 aspects though.

These are the true tell-tale signs of scammers are if 2 or more of these are seen, one should immediately disengage and report the user. If they are not a scammer then they will be able to plea their case to the support team. No one ever gets penalized for being to careful. At least on MySugardaddy.com. The mind set to have when talking to sugar daddies is better safe then sorry.

Fake sugar daddies will tell you want you want to hear. They will make a large promises like saying they will pay your rent, cover any loans or promise to elevate your standard of living. Now, this Sugar daddies are known for sharing their lifestyle. This normal in a SD-SB relationships, but they will start a conversation with this. They will always try to find a connection before seeing if they want to share their lifestyle. In a previous post, I explained the steps one should take when entering a SD-SB relationship. If the promises sound too good to be true, they usually are. So take what a sugar daddy say online with a gain of salt. 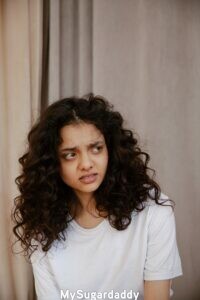 Relationships are about connections, it is literally in the definition. When talking with a sugar daddy and you get the vibe they just have a lack of interest. This is probably the most obvious sign of a scammer. At the end of the day sugar dating sites are the same as dating sites, it is people wanting to find someone to connect with.

Wanting to immediately move off the site

There is nothing wrong with exchanging numbers with people you meet on dating sites. But if someone wants to exchange numbers before even flirting should raise suspicions. Think about it, would you want to exchange numbers with someone if you did not feel comfortable at least talking with them. If you move off the site to message you are forfeiting the customer support’s ability to protect you interests. Once off the site, you are on your own. Customer support will not be able track their data. Although sites do not review the private chat, they can still collect data on the whereabouts of the scammer and be able to supply this information to the proper authorities if something was to happen. Protecting the members is extremely important when building a community. If members do not feel safe, how do you expect people to want to be apart of the community.

The biggest red flag in this subsection is wanting to move to online messaging, specifically WhatsApp. Although WhatsApp is an American creation, it is mainly used outside of the states. So if someone wants to move to WhatsApp to message then you should immediately stop the conversation. The same goes with wanting to use messaging platforms like Kik. Where the users can be completely anonymous and the messages get deleted routinely.

No one needs all your banking information to send you money. Banking information is like your SSN, only bad things will happen if you give out to individuals. Sugar daddies may be business owners but you do not work FOR them. If they say they will just put the money into your account, that is a LIE. I know this may seem obvious to some but it is still worth metioning. 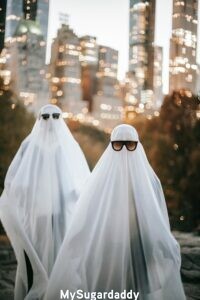 Having weird forms of payment

There are multiple scams that involve a sugar baby to purchase a VISA gift card, or something similar, that they will top off every time they meet you. There are 2 things wrong with this

Generally a sugar daddy will pay his sugar baby in cash, PayPal or wire transfer. These should be the only forms of payment a sugar baby will accept. They are easy and are from proven companies that will protect you and your data. So the rule of thumb is, if it is weird than it is a scam.

These are the scams that exist up until 2021. Although I did not go into detail about what they say, these are the aspects that they push to get what they want. The messages will always change, as they tailor it to the person they want to scam. But if they show any of these aspects, please for the love of god, stop communicating with them and report them immediately. Although support teams try their best stop the scammers coming in, they will always find a way. If you report them, then we can properly review their profile and stop them from scamming others.

Whatever affects one directly, affects all indirectly

For more specific information on the scams they employ, read this article by fraud.org. they go into detail about what a scammer would specifcally say to get you money.

Womanizer, What is he and his intentions

How to flirt, 5 books that can help you get James Bond levels of charm