Why relationship deal breakers are important

Everyone who wants a relationship has deal breakers, whether it be liking different things or having different political views, they are more prevalent in this world more than ever before. When it comes to gentleman, they have a fewer than most since being a gentleman requires to be accepting and respecting of everyone. We have complied data from our many sugar daddies around the world to find the top 10 relationship deal breakers. 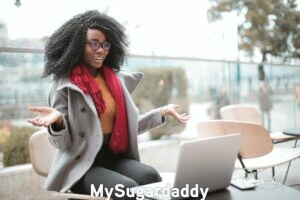 A picture is worth a thousand words. Not having or only having 1 picture is a big red flag. They understand privacy is a thing but visualizing who you are talking to is important. Talking to a silhouette makes the imagination focus on who you are instead of the sugar daddy imagining a relationship with you. Also, the photo should have the “Miley tongue”. This is sticking your tongue out to look a little wilder. This just makes one look like not classy or elegant, which are some of the main attributes in a sugar baby.

A profile text or flirt text on MySugardaddy, is the most important part of the profile. It fleshes out your profile and give personality. That being said, saying the wrong things can immediately make a sugar daddy more on. Putting a PayPal account or a phone number is not only against the terms and conditions, but also gives the impression that you want to be a charity case. This is the most unappealing thing to a sugar daddy; they want a self-confident woman that only receives buts also gives. At all costs avoid using words like spoil me, short-term, rinsing, money slave. Some may be obvious why you should use them; some are not. To clarify the term rinsing, it is a fancy term to describe gold digging. When creating flirt text, it is imperative to avoid these things at all costs.

Some filters are fine, they add a little twinkle. But when overused, it gives the perception that you are immature or are hiding something. Generally, 1 photo out of every 5 can have a filter. More than that it becomes distracting.

As stated before, sugar daddies are classy, elegant people. They need women that knows to act in a high-class environment. When communicating, it is important to speak without a hostile attitude. This gives the impression of not being educated and will make most sugar daddies move on.

Getting the attention of a sugar is only the first half of sugar dating. How you represent yourself when replying can land a sugar daddy and set the tone for the relationship. When replying it is imperative to do it in a timely manner. Sugar daddies are inherently busy men, time is money so the saying goes. Making it key to reply within a 12 hour time, who knows they might even be on a business trip and just wants someone to have dinner with.

The meat and potatoes of replying is simple. Do not reply with one word answers as it gives the impression that you are not interested to talk to them. Avoid playing the victim, they may be interested about your financial situation but that would be a in person conversation. Vast majority of sugar daddies will not pay sugar babies until the first in person meeting. That being said, you can discuss payment before meeting.

When meeting for the first time, first impressions are very important. Dressing and acting the appropriate in the manner of the environment. For example, showing up to the first meeting in sweat pants and being standoffish will be a clear relationship deal breaker. 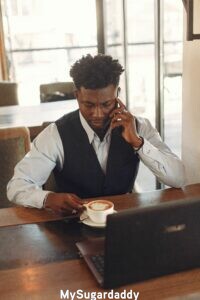 Sugar daddies are men of class and tend to be more mature and worldly, meaning they will expect a level of maturity when talking. Having some immaturity is a plus since sugar daddies generally want to bring new life into their world.

#9 why lying is a relationship deal breaker

Before the first date it is important to have a discussion of how the relationship should work. The terms of the relationship if you will. It is meant to get feel for each other and to see if the chemistry there. Lying during this discussion can be fatal in the long term. There is a fine line of adjusting yourself to fit the sugar daddy’s life and downright lying.

#10 Making social media posts about the sugar daddy without asking

Some sugar daddies are discreet some are more open, it is dependent on the relationship. There are multiple reasons why they want to be discreet. For example, they could have kids and do not want them to find out about his dating life before he meets the one. But either way, asking permission if you can make a post with him is not only good practice but a sign of respect.

Sugar daddies are human, they have certain morals that sometimes just cannot be neglected. These are by no means the only deal breakers as it changes on the relationship. These were the just top that we collected from sugar daddies that use our site. Do keep in mind deal breaker should and usually are discussed before meetings so as long both parties are honest the relationship will have a solid foundation and the world will be your oyster.

The mentor network in the sugar bowl

How to stop self sabotage