Silver Fox, the Meaning, the Legend and the Future

Silver fox has 2 parts to this definition. First, Silver is in reference to the hair of gentleman in his early 40s to early 50s because it is either grey or white. Second, Fox which is in reference to Cleverness and Attractiveness. A quick history lesson, this phrased was coined in the 1920s for the pitcher Jess Petty. He was a workhorse pitcher despite being a older than the rest. He received the name because of his popularity with the ladies despite his age. Ever since, the Silver Fox was used to describe a older gentleman in books on the news in movies. 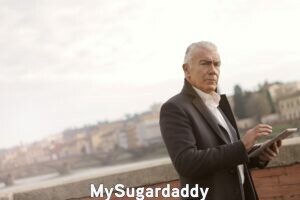 Silver foxes have been a part of culture since Jess Patty. Their have been multiple scientific  studys done to explain this. It all boils down to the fact the women find experience, sophistication and well dressed men as sexy. It makes complete sense, women wants a man that knows himself and how to treat a woman. These are characteristics that make a good partner, its a proven scientific fact. Now many Women (Sugar babies) are looking for this more than ever. They dont want a man that is just gonna play video games and take them for granted they want someone that will treat and show them respect. This can be seen in manymovies ranging from chick flicks like Pretty women to action movies like oceans 12.

This is not a phase, its a reality that many men refuse to believe. Women will more stability as the world around us becomes unstable. This is will only grow more, look at the business side of things. To thrive in life one must dedicate themselves whole heartly to work, but once on top the realization that the time spent climbing ladders shattering boundries left holes. New dating sites are being created to allow the silver foxes to play. and they are filled with women that want to experience what it is like be with one. Many people say they peaked when they were 20, those the ones that refuse to look forward and see really its the silver fox years that actually are the peak.

Sugar Baby, The Lifestyle one lives and experiences