Where is the fashion capital of the world 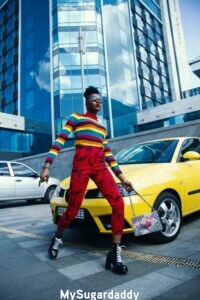 The fashion capital of the world

The true fashion capital of the world, is a hard decision to make. Since we will be using subjective views in this post, it is important to note that fashion is a personal preference and everyone has a certain style that is personalized. That being said, trends are a thing people tend to follow the trends that they like. If you are a sugar daddy wanting to buy clothes for your sugar baby it is important to note what look the sugar baby likes. Is a sugar baby wants to buy a sugar daddy a gift, which is great but not expected, they should see what they like.

The big four is in reference to the fashion week that are portrayed in certain cities. The cities are constantly debated and are open for change. The four cities in 2020 are Paris, Milan, New York and London. These cities have always had an impressive fashion week that brings modern and vintage together to create something new. 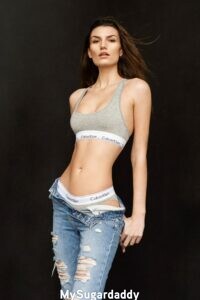 It is not a surprise that New York is in the big four with having multiple world class fashion schools and home to many renown designers such as Ralph Lauren, Marc Jacobs, Tom Ford, Donna Karan, and Carolina Herrera. Being a part of the “New World” New York has a reputation to set new standards and modern designs. New York has a history of being Americas clothes capital. In the 1960s it is estimated that 75% of all clothes sold American were made in New York. This were a lot of brands like Ralph Lauren and others got their start in the fashion industry. New York fashion may have born before then but it surely was redefined, a set the stage for others to come are find their place in the big apple. 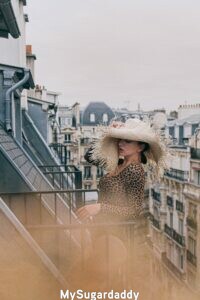 Paris is the city of romance, making it a hub for fashion. It is a city that is well known for having the biggest fashion week in the world. Establishing itself in the big four. Having been in Paris for fashion week before it is quite amazing to walk around the city with models filling the streets. Partis is home to many notable designers some being Christian Dior, Coco Chanel, Hubert de Givenchy, and Yves Saint Laurent. Paris has been established in the fashion industry since its monarchy. Having colors made specific to the French royal family(Royal Blue). Having been a leader in fashion for decades, you could say it had a head start in the fashion industry. Because they had momentum from the past, it has always attracted many designers to come and find their start. The city has and will always inspire new artist to create the new trend.

Milan is a city that prides itself with challenging the essence of fashion, for them fashion is just clothes but a lifestyle. Many hotels in Milan have been designed to fit the old but modern city. The city fashion many not be the biggest but is the house of many big league designers such as Gucci, Prada, Roberto Cavalli, Dolce & Gabbana, Missoni, and Valentino. Fashion week is usually held in palaces and gardens that as historic and defined as the fashion that is be showed. During the renaissance era, Milan became the capital for the technology. It was considered the city of new ideas which also applied to fashion.

London has always been a culture hub in this world, it paved the way in past in many ways and continues that tradition with fashion. London’s fashion week is held twice a week and was the first to broadcast the shows in the internet. London is known for its bold style, which fits the city well as it is the home of the royal family. Like many cities, London houses other famous designers which includes Alexander McQueen, John Galliano, Stella McCartney, Vivienne Westwood, Matthew Williamson, and Christopher Kane. It is a city that always distinguishes itself in the industry every year during its fashion week.

Since we narrowed down the cities to four, this is where the hard part happens. Each has a unique style that is constantly challenged. Having seen the Paris fashion week, I would like to state my bias. It was magnificent and brought the city itself into a new light during fashion week. Although I did not go to any of the shows, I still saw what it did to the city. It made feel vibrant and alive in a whole new way. 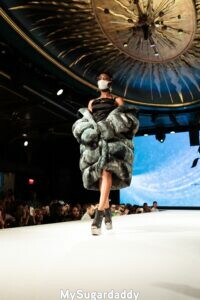 Which is the fashion capital of the world

The fashion capital of the world has been a question that plagued the industry for some time. Personally I think Milan is the capital. It not only has a fashion week but is constantly incorporating fashion in its infrastructure. Milan has used its past as a stage for its shows but also used unique fashion in its hotels. This allows a city to not have it as a industry but as a lifestyle. I would recommend traveling to Milan to see this for yourself as I would like to do. Through my travels of the world I have meant many fashion conscious people and they all stated that going to Milan for fashion week is compared to a pilgrimage to a mecca of ideas and styles that can be considered the new or ground breaking.

Active listening skills, how to improve

The first video call with your potential SD or SB